Ariana Harwicz is one of the most radical figures in Argentinean literature. Since moving to France she has written four novels in Spanish. Her debut novel Die, My Love translated by Sarah Moses and Carolina Orloff (Charco Press, 2018), was nominated for the 2018 Man Booker International Prize and the Republic of Consciousness Prize, and its US edition is longlisted for the 2020 Best Translated Book Awards.

After writing three books featuring women characters who challenge the impossible parameters that society impose on them, in her fourth book Harwicz switched to give voice to a paedophile man, her characteristic intense prose equally edgy in all four of them.

The following conversation would have been held in May in London’s Southbank Centre during The Festival of Latin American Women Artists (FLAWA Festival), one of the many cultural events cancelled due to Covid19. These exchanges were via Whatsapp, first in 2018 and throughout 2020.

Silvia Rothlisberger: What was the first line you wrote of Feebleminded?

Ariana Harwicz: The first line was exactly the opening lines of the novel, it was a kind of mantra, like a poem. ‘I come from nowhere. The world is a cave, a stone heart crushing you, a horizontal vertigo. The world is a moon slashed by black whips, by arrows and gunfire.’

How would you describe the mother and the daughter in Feebleminded?

The mother and daughter are two faces of the same coin, one is the head the other the tail. The mother is anxious, fanciful, eccentric, nymphomaniac. She hates herself, she feels pity for herself and feels like she is a bad mother. And at the same time she is really insolent and a provocateur.

The daughter is really attached to the mother and is very sexual too. She longs for running away, she wants to break everything, burn everything down but at the same time she stays. She is very insecure. She inherited her mother’s personality and does the best she can.

How did the two main characters of Feebleminded emerge?

My characters emerge from a mystery, a painting, a vision, a film, a landscape, a fragment of a dialogue heard in a film, in a series or in life, or a dream. In this particular case, the character came from observing a young woman from a small town where I used to live. She was staring at the gutters and drains, and she was kind of feebleminded. So, the character came about from observing this woman and then as an extension came the mother. That monster that is attached to her.

The women in your novels defy the parameters that society imposes upon them. Is there any message about this in your books and your characters?

Your latest novel in Spanish, Degenerado published in 2019, has as a central character a man, as opposed to your other three novels where the main characters are women. Tell me about this novel and how was switching to a man’s perspective?

My novel Degenerado was going to be called Racist. I was interested in getting out of the femininity, of getting out of the female character to enter the male gaze. Which made me transvestite.  It made me switch sides to the side of the murderers, of the accused instead of the victims. It forced me to a bigger intellectual effort and to write about a character towards I have no sympathy at all.

There is a man who appears briefly in Feebleminded, he lives in a caravan and walks around naked. In the book he is described like this: ‘…the last surviving hippy, a paedophile, a compulsive gambler. Perhaps a fugitive, an illegal alien.’ My question is: is this the Degenerado of your latest novel?

I had not realised this and it’s true, it is as if each novel propels the next one. There are characters, situations that are in a germ state, at the beginning stage and then it is developed in the next novel. These are the visible and -not so visible- bridges that are created between the novels, like viaducts or clandestine passages.

In all your novels the main characters do not have a name, why these unnamed characters?

The main characters are unnamed for many reasons: mainly because they only have that role that society gives them: mother, father, wife, lover. Those roles created by social convention. It’s a way of laughing at those roles. It’s a way of distancing myself in an ironic way of those roles. Also, it doesn’t matter what their names are, what matters is precisely that they are looking for who they are. They are also like theatre characters and like in a play they respond to roles and not to personal names. I think that the poetics in my books does not include baptizing the characters with a name like us, I want them to be something else.

I recognise a characteristic style in your writing, an intense prose, short sentences, each chapter is a long paragraph. How did you arrive to this style?

Style is everything. I do not plan to write in a particular way, or what to do with the grammar, or the syntaxis, it is not something I plan. The rhythm, the music, the melody of my writing is imposed by my characters, it is imposed by the poetics, and the music that emerges from inside the text. It’s true that there is a common thread in the style of all my novels, even in my latest novel Degenerado (Degenerate), but I can’t explain why.

How has studying screenwriting and drama influenced your writing?

My writing is composed as a script or as a play are being written. There is also the influence of music and painting, because I write thinking of the decisions that a painter would make. But mainly my writing comes from the mechanisms of theatre, of the power of a theatre play in each scene. Also, from the images and the techniques of cinema: I see the images as if they were being filmed with a camera. The characters and the dialogues are theatrical, so there is a double language with theatre and literature which is very convenient because I write thinking in Spanish and in French.

How is the translation process of your novels into English, where you have worked twice with translator Carolina Orloff?

The process of translating is a process of adapting; I think there is an analogy with adapting a novel for theatre and translating a novel. In both cases you are going from one language to another. The process was really efficient because Carolina Orloff is from Argentina as well, so she understood really well the mother tongue, the origin language of the books. At the same time it was hard work to codify the sentences, to work the music.

It would be absurd to have a conversation without mentioning Covid19, we can’t just ignore something that is affecting everyone. How has the pandemic affected you personally and as a writer?

I am confined in the countryside in France. It is hell in every possible level, the book fairs have been cancelled, the bookshops are not selling, the contracts cancelled, the books that won’t get print. Life disrupted from every angle: political, economic, moral, sentimental, physical, emotional. There is a lot of uncertainty. Also, in a political and social level, I am observing the phenomenon: the control, the way some people are policing others, but also how there is more solidarity. How we unfold in every possible way in cases of pandemic, urgency, horror. 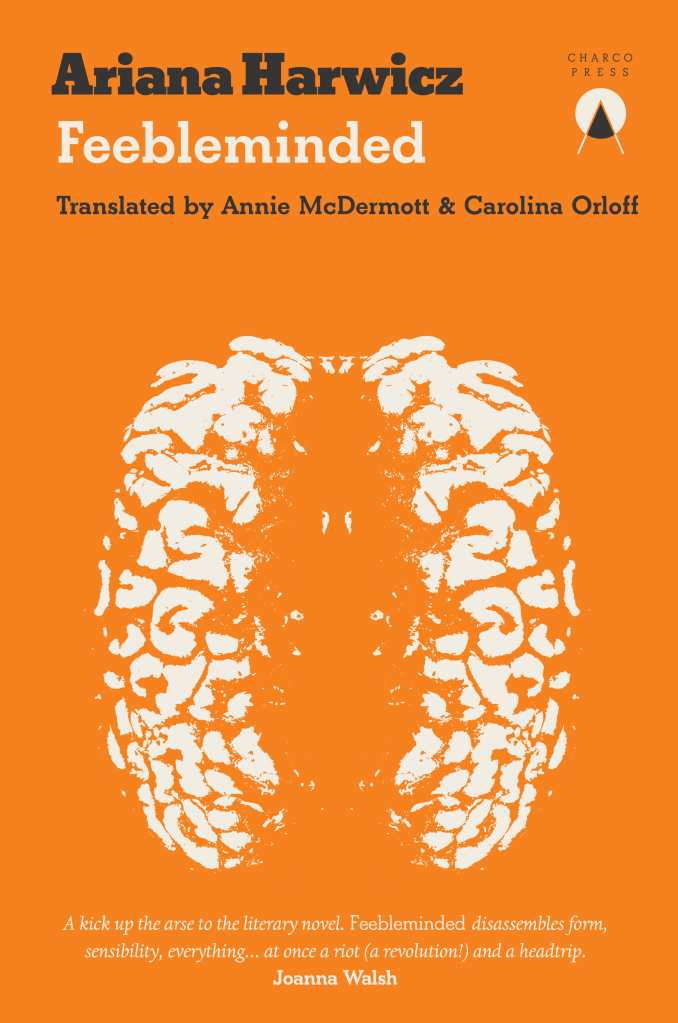 Silvia Rothlisberger is a writer and journalist based in London. She hosts a radio show on Resonance 104.4 called Literary South. Silvia curates the literary events of The Festival of Latin American Women is Arts (FLAWA Festival). She is a contributing editor at Minor Literature[s], with a focus on Latin American literature and culture. @silviarothlis