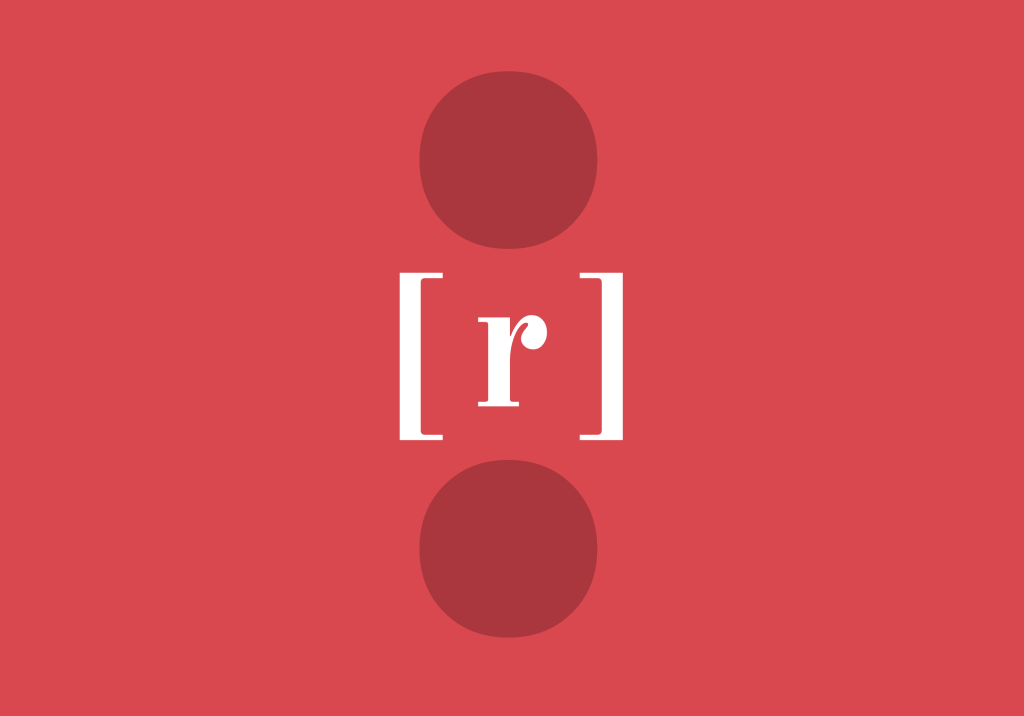 ‘In a letter to R.B. Cunninghame Graham, on 20 December 1897, Conrad compared the universe to a vast machine that contained its own momentum, rhythm and design: ‘It is a tragic accident – and it has happened. You can’t interfere with it. The last drop of bitterness is in the suspicion that you can’t even smash it.’ … Ultimately, the ships and journeys of Conrad’s fiction…contain cargoes comprised of ‘the seed of commonwealths, [and] the germs of empires’, promulgating a long-standing historical globalisation whose transformations through power and capital continue to shape the world in the early twenty-first century.’

‘…the seed of commonwealths…’. How many reading this will see themselves on the tip of that conclusion? For myself, my forebears’ journeying from Yemen to Gujarat to the Swahili Coast to…Sidcup, goes a long way to explaining why I’m sitting here writing this. Had there not been a revolution in Zanzibar, Africa for the Africans!, would the pinball of my life have been struck in quite the same way..?

Looked at from another angle, Zanzibar’s narrowed outlook c.1963 was the natural endpoint following centuries of domination by various foreign hands. Indeed, a story within Conradology, an anthology from Comma Press celebrating the work of Joseph Conrad, riffs on the same notes – an African setting, and different tribes of vulture competing to strip the flesh off a fallen maiden. The location for Farah Ahamed’s ‘The Helper of Cattle’ is the Mara, an area in Kenya where the nomadic Maasai people live. The story is subtle but powerful, throwing a spotlight on a very real thing – the Maasai people’s struggle to maintain ancient ways, and stave off interests threatening to reduce their lives to selling trinkets to tourists:

Patel picked up the jam jar and slid a sticky thumb over the label: MARA’S PRIDE.

‘Yup, local jam,’ Tom said. ‘You could almost call it homemade. The Maasai initially resisted growing strawberries, but we flew in an expert in Change Management from London. It’s for their own good. They have to accept they can’t go on being nomadic pastoralists for ever.’ 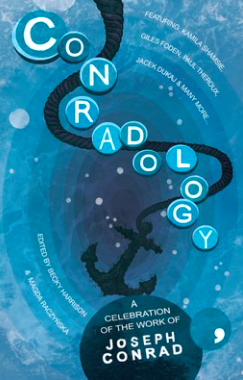 But why an anthology on Conrad? What quality or theme is present in his work that merits this attention, nearly 100 years after his death? The Foreword makes clear how contentious a figure Conrad has been, and remains, re. his handling of colonialism and presentation of race (“The horror! The horror!”). ‘Controversy’ is thus one side to the continuing fascination, though in Conradology, the idea that the writer himself can be scrutinised (attacked) by proxy, i.e. through his narrators, is decidedly put down. In the essay from which the opening excerpt is taken, Dr Richard Niland contextualises Conrad – explains how his Weltanschauungwas shaped by a wave of modernity and the emergence of a world-system that was at once thrilling, ‘…opening an immense theatre for the human drama of exploration’, but also involved ‘…cruelty, death and destruction. Niland then states that ‘…Conrad delineates imperialism in Africa as the vilest scramble for loot that ever disfigured the history of human conscience’, before positing how that worldview left its mark on his fiction:

In Heart of Darkness, Marlow journeys to Africa aware that ‘the Company was run for profit’, yet the full brutality of Kurtz’s actions is unnervingly brought home through its contrast with unscrupulous capitalist principles. … The darkness lies in the suggestion that a rapacious capitalist ideology might prove less morally iniquitous than an unbridled monstrous will, capturing the text’s view that in this world we are offered a ‘choice of nightmares’.

In ‘Live Me’, another stunning non-fiction contribution, Jacek Dukaj meditates not on the politics of Conrad, but on the ‘immersiveness’ of his writing – on the motif of sensory deprivation, and how Conrad affects this for his narrator: ‘…a procession of days with the same void of blue, red and white, the same rhythms of sound, the unchanging geometry of infinity.’ In what is a paean to Heart of Darkness, Dukaj describes how the space between protagonist and antagonist, Marlow and Kurtz – and ultimately, between work of fiction and reader – collapses down to almost nothing. For Dukaj, Conrad’s genius lies not in Kurtz crawling under the skin of Marlow, but in the hypnotic daisy chain set in motion: turn by turn, we the reader experience the very same, allowing us not simply to understand Marlow, but to live Marlow. Dukaj runs with the idea, extrapolating to the present day, and how that same desire for immersion is given new form, through social media:

Facebook Live is not an accident of civilisation; it is a natural consequence of the universal aspiration of Homo Sapiens straining under a Sisyphean load of self-consciousness. … The trend has advanced, with ever more pervasive mass media…all moving towards one goal: to be able to better and better, deeper and deeper, and more and more universally live other people so that others can live me.

But I digress. Non-fiction contributions are the dessert to this feast, with fiction – ten short stories – making up the main course. And as with previous anthologies, Comma Press mix contributions from literary heavyweights with those from emerging talents.

But then something unexpected … the heavyweights’ stories bomb, with those from the less well-established going from very bloody good to achingly beautiful.

Kamila Shamsie’s ‘A Game of Chess’, regarding the bluff and counter-bluff of the War on Terror, works on one level. A story about brothers, returnees to Britain from Guantanamo, their involvement (or not) in a subsequent terror plot is nicely done. Seen by some as victims, indeed cause célèbre, and by others as uncomplicated terrorists, Shamsie withholds her hand to leave the ambiguity hanging. But the characterisation is so poor – so…embarrassing– it reads like the script to an ITV3 drama:

The twins were twenty-one when captured; twenty-four when released. Yousuf emerged from Guantanamo, benevolent and grateful; Nasser, suspicious and angry. Both of them were happy to drink wine or shake hands with women, and looked good on camera. Soon Yousuf was a fixture in the homes of those who later adopted the Police Commissioner, particularly one Lady L_____, who said Yousuf was a modern-day Prophet, and consulted him on everything from how to vote … to where her grandson should go to school.

In ‘Navigational Hazard’, Paul Theroux also explores obvious Conradian notes. The story of a merchant sailor and the deceit that leaves his dream cruelly unrequited, it’s a classic tale of power-structures – here, employer / employee – and the exploitation built into them. The exotic setting of the Malaysian coast adds to the intrigue, but just in case the reader is not seeing the ‘Conrad’ connection, Theroux kindly helps them out with signalling that’s straight out of Scooby Doo:

To live on this yacht, island hopping in the South China Sea, was to Montvale the life he dreamed of. These were the routes that Joseph Conrad had sailed, but he remembered how he laughed when he’d mentioned to Toni how a Conrad run in these waters was often a voyage of betrayal. ‘And what do we have on board? Holiday makers, bird-watchers, and sometimes gunny sacks of copra or bales of rubber. No betrayals!’ : – |

But then come stories with greater inventiveness; stories whose loci, from the same fixed-point, is broader. Zoe Gilbert’s ‘The Inn of the Two Witches’, takes its cue from an actual story by Conrad of the same name. In Conrad’s short, a narrator discovers a handwritten manuscript. In Zoe Gilbert’s, that’s turned on its head with Conrad’s own mother holding the manuscript to her now deceased son’s ‘The Inn of the Two Witches’. The story concerns the mother wrestling over whether to sell it, for in Gilbert’s adaptation, the mother distinctly remembers her son thinking it was rubbish.

In Wojciech Orlinski’s ‘Conrad Street’ – a futuristic response to Heart of Darkness which inverts Conrad’s ‘European gaze’ – a pandemic has swept across Europe, wiping out its all-white population. And in Poland, all that remain are those few who are mixed-race, acting as a bulwark against a massive influx of immigrants from the Americas, seeking to remake Poland into a Catholic state.

‘Mamas’ by Grażyna Plebanek, about a female African politician’s fight to legalise polygamy, is deliciously provocative. Plebanek floats the idea of monogamy as a disruptive foreign concept (within an African context) – and her female peers are made to seem brainwashed, in rejecting polygamy on grounds of ‘equal rights’.

‘Legoland’ by Agnieszka Dale is hugely inventive. Another take on hardwired inequities, this time concerning Brexit Britain, Dale caricatures (W.A.S.P) Britishers as Lego characters, whilst pondering how those conditioned for a second-class life struggle to escape that mentality.

In Conradology, an unexpected inverse relationship slowly takes shape – the greater the distance from the fixed-point of Conrad; the more ‘poetic licence’ invoked – the more powerful the story. And sitting alone at one end of this curve, (the one opposite to Theroux and Shamsie), is Sarah Schofield. I’ll admit to having no idea how ‘Expectant Management’, her story about a woman who has miscarried, relates to Joseph Conrad – so suffice to say that in the (surreal) turns it takes, and the lack of reliance on the reader’s natural sympathy, and in its clarity – it is devastating. The vista of the modern short story has never been wider, and Schofield uncloaks it all.

Having written twenty novels, as well as several essays and short stories, Joseph Conrad died aged sixty-six, in 1924. For the uninitiated, it’s not possible to map contributions in Conradology to individual works in his oeuvre (though Heart of Darkness is a clear favourite). Central themes though, of deceit and exploitation, and thrashing around in ever-decreasing circles, colour almost every piece. And a few high-profile contributions aside, the anthology is like a modern-day megalith – imposing, commanding attention, and making us see in the world today, what horrified Conrad a century ago.

Tamim Sadikali is the author of the novel Dear Infidel (Hansib, 2014). He is currently working on a short story collection.  @TamimSadikali

Conradology is published by Comma Press