In 2017 I established a small press in Berlin called Rixdorf Editions. Like more or less any endeavour in independent publishing, it was driven by an unquiet urge, the aberrant energy of compulsion that arises in the pit of the stomach and spreads outward. When you discover writing (a text, a style, an author, a genre) and you realise that no matter how difficult it will be to publish it – and it will be – the consequences of not trying to create or expand a readership for said writing are simply less palatable. It is because it must be.

If you’re not already intimately acquainted with the difficulties of releasing unconventional work on limited resources to a largely indifferent world while holding down a day job, you can probably imagine what they might constitute. Having been a commercial translator for the better part of a decade, the transition to both literary translation and niche publishing was by any rational measure ill-advised. But as I struggled to reduce my vast ignorance of book production to a serviceable void, there was at least one piece of recurring advice I could tick off – ‘You need to specialise.’ I had that down: English-language translations of obscure progressive German literature from the late 19th and early 20th century. It was not so much an elevator pitch as a conversation killer, something you can imagine issuing from the mouth of the most insufferable guest at a party you’re desperate to leave, the last thing you hear before you make your excuses. I may well have been that person, you may well have been smiling wanly and reaching for your jacket but I didn’t notice, because I was now committed. 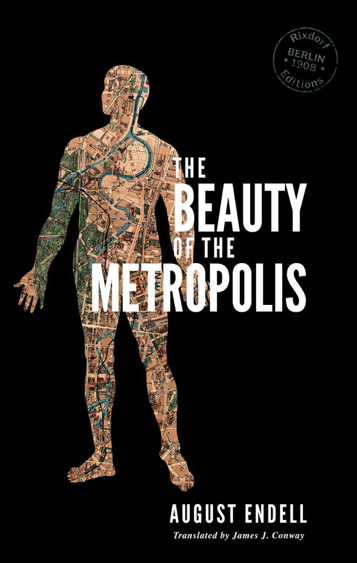 The era in question is almost entirely absent from cultural memory in English-speaking countries. If the words ‘Belle Époque France’ pass before your eyes, numerous associations will doubtless come effortlessly to mind – images, music, any number of creative professionals who were active at the time, high and low culture, a large corpus of translated texts, even of relatively obscure works. But if I say ‘Wilhelmine Germany’, well even the term doesn’t have that much traction, and beyond, what – Thomas Mann, perhaps? Nietzsche? Rilke? – it is unlikely that many writers of the time will have secured lodgings in your awareness.

But while Weimar Germany – sexy, doomed Weimar Germany, the interregnum between Kaiser and Führer – gets all the credit for its social and cultural audacity, it was merely cycling through themes that had emerged, fully formed, in the period before the First World War, a time remembered more for militarisation and conformity than progressive culture. You want ambitious auteur cinema? Try Hanns Heinz Ewers’s The Student of Prague (1913). Edgy cabaret? What about Dolorosa, who was singing about S&M practices at the very birth of the Berlin cabaret tradition (1904). Radical feminist critique? Take Hedwig Dohm and her withering taxonomy of toxic masculinity, Die Antifeministen (1902). High-concept experimental literature? Dig into Arno Holz and Johannes Schlaf’s Papa Hamlet (1889), anticipating not only Modernism but Postmodernism as well. You want someone to blame or praise for every countercultural dropout ever? May I present Karl Wilhelm Diefenbach, descending from the mount in caftan and sandals in 1882 with his vision of pacifism, simplicity and harmony with nature, warning of a coming environmental catastrophe. The German Empire, in ways that have never been fully acknowledged, foretold the world in which we now dwell.

As obsession took hold I read book after book, so many of which prompted the same question: ‘why has nobody ever translated this before?’ At no time did this question arise with greater force than when I read Berlin’s Third Sex (1904). A number of Magnus Hirschfeld’s other writings were already available in English, but the absence of this vital slice of queer history, arguably the first sympathetic or halfway serious study of the urban LGBTQI experience, was simply bewildering. In many ways it was describing Berlin now, and it was impossible not to reflect that it was due in no small part because of texts like this, because of Hirschfeld’s tireless struggle on behalf of sexual minorities. And his work goes on; by the time the translation came back from the printer, Germany had celebrated its first same-sex marriage. 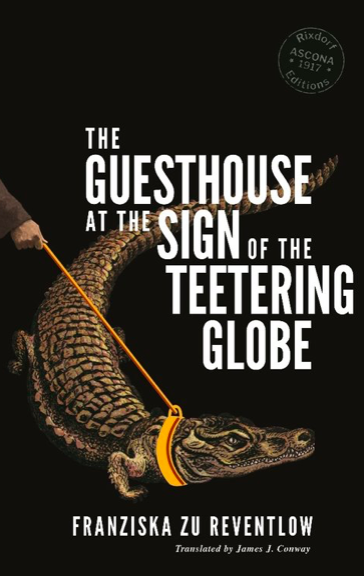 The other launch title was The Guesthouse at the Sign of the Teetering Globe (1917) a collection of uncanny short stories by Franziska zu Reventlow, who ditched her aristocratic family in 1893 in favour of creative funemployment and sexual emancipation. I had long been fascinated with the ‘bohemian countess’, possibly the most liberated woman of her age. But I still remember the electric charge of perplexity and discovery as I sat on the bus to Tegel airport reading the Guesthouse, especially the part where Reventlow describes a fictional ‘correspondence association’ that connects geographically disparate members based on their interests and realising that in fact she is describing Facebook, just 100 years earlier.

Compulsion took hold again as I read the work of the remarkably named Anna Croissant-Rust – specifically a cycle of short stories starring the personification of death, written on the eve of the First World War. Just as remarkable were the uncategorisable writings that she issued twenty years earlier – wild, avant-garde, uncompromising, decades ahead of their time and almost entirely ignored, even in Germany. And when I read The Beauty of the Metropolis (1908) by architect August Endell, I realised everything that I had been thinking about Berlin – about the aesthetic succour of the city, about home and belonging, about nationhood and nostalgia and the eternal lie of a past golden age – all of it had been thought and recorded over a hundred years earlier.

As petty nationalist ressentiment returns and social advances are challenged or even reversed,the task of tracing their origins in time assumes greater urgency. Reading these works, the time between now and the moment of their creation seems to collapse. I spend more time than is strictly healthy in the company of long-dead German malcontents, but in the words of Carl Van Vechten: “A great many people who are dead are more alive than a great many people who are alive.”