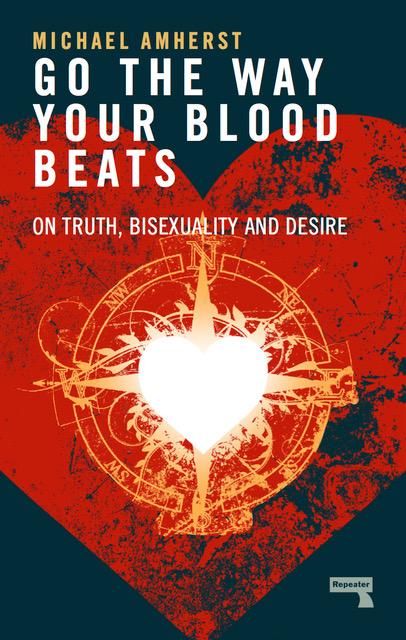 I’m intrigued as to whether something about recent gay male experience fetishizes categories. Besides the increasingly refined categories of top, bottom and versatile growing to include versatile top, versatile bottom, there are also the various types of sexual object choice: twink, jock, daddy, otter, bear. The list is ever-growing, such as the recent conflation of twink and hunk into “twunk”.

I can see why labels are useful. I can see that the list of terms above provide an easy shorthand, as well as cultural signifiers, amongst people denied the language to adequately express their desire in heterosexual discourse. And yet, I can’t help feeling they are only ever reductive.

Gay dating apps are strewn with discrimination on grounds of race or effeminacy (discrimination sometimes called out by other users). But such language reduces people to mere attributes and categories. Once again, it is laden with presumption. The casual racism of “no rice, no spice, no chocolate” is also evidence of what Herbert Marcuse warned against last century – sex and individuals reduced to capitalist commodification. But these terms are not purely the product of the internet age. Halperin and others have described the history of terms like “rice queen”, “size queen”. Arguably this is evidence of further acts of identity construction – markers of commonality and difference. That these terms do not seem to have such a plethora of equivalence within heterosexuality or lesbian culture is, one could argue, because they function as a response to the very policing and exclusion conducted by heterosexuality. But it is also my anecdotal observation that those gay men most prone to insist on categories like twink top or twunk bottom are also most likely to deny bisexuality and demand the binary division of sexuality.

Commodification is the logical extension of codifying sexuality. For those whose desire is more varied and open to change, the imposition of the binary asks us to make a false and permanent choice, to “pick a side”. While for those whose desire seems fully realised, even mundane, it creates reassurance in never looking outside of predetermined types. It is not that we should expect desire to constantly surprise us, but that we shouldn’t be alarmed when it does. The commodification of our sexual preferences rejects the notion that desire is open to change. A desire so overused, so well-worn, fails to surprise and loses meaning. It becomes a sexual manifestation of cliché.

To name people based on their sexuality, their race, their sexual role, reduces us to a mere attribute. It caricatures us. It is an artificial division, one that limits us and deprives us of the fullness of our human dignity. To accept such a name involves the loss of something. It makes that our defining characteristic at the expense of all else that makes us human. As Baldwin observes, this loss is not only a public one – it is also interior and deeply personal. “I was afflicted by so many labels I had become invisible to myself… I had to go away someplace and get rid of all these labels and find out, not what I was, but who.” We lose something in the act of accepting a limited definition of ourselves. We lose our common humanity.

In particular, does the act of naming our sexuality – our desire – erase that very part of its being that makes it what it is? The social and political imperatives for queer people to talk about themselves in a manner that is expedient ignore the complexities, nuance and variety that make us human.

Accepting the need to speak of our experience in such a reduced way to fight for equality is the first concession. And to me it already feels a concession too far.

There were times we were out and I’d be self-conscious, looking for where the first punch would come from, the first shout of abuse. I was on my guard and therefore restive and absent from you, as you rested your head on my shoulder as we took the last tube, on the weekend before Christmas. I wanted to enjoy it but I couldn’t. I suppose I feared retaliation, accusations of provocation. And all the time I wrestled with myself and my fear, I was pulling away from you.

It wasn’t just me. On the way out that night, we passed four, drunk guys in tracksuits and you confided loudly that you were used to gauging the strength of white men in sportswear relative to your own. That none of them had thighs to take on yours. I knew that to be true. But I felt sad you should have to assess it. That we both did. And that you had enough experience to know – from the kicks and punches you’d endured before. You reckoned you had the beating of them.

I knew I didn’t but that if it came to anything this was my turn. I felt that if anyone was getting a kicking it deserved to be me. I don’t know why I assumed you’d have run, but I’d have wanted you to. No, this one is mine, I thought. My turn – for all those years of being less brave, and more fortunate, than you. Being oh-so-very-quiet. Hoping that no one would notice. That was why I deserved a kicking.

Although you confided, really you were shouting. It was a kind of boast. “I can assess the muscle strength of white men in sportswear.” We were at the end of the carriage, holding onto the handles with a breeze anything-other-than-fresh blowing in from the central window at the end of the compartment. That breeze was relief that they hadn’t followed us onto the train. And, of course, that night we were fine. But I feared for the one time we might not be, and every time I did so, somehow I pulled away.

You told me about a song you were writing. You wanted it to differ from the usual, for the man to be hesitant, uncertain about his attraction for the woman. Rather than cool and assured, he was to desperately hope she would take the lead. You never said, but I wondered if this man was you. I understood that and recognised it in myself. That there is a cultural presumption about men who aren’t sexually assertive. I told you about a straight friend of mine. That because he’s gentle and softly-spoken people have asked if he is gay. And what an indictment this seems against heterosexual men. Or society. That for a man to be kind and gentle to women means he can’t desire them. And I could see that in you – a tenderness as you offered me a cigarette, a lightness to the tone of your voice, a hesitancy in your gestures. These things cause us trouble.

Michael Amherst  is a writer of fiction and non-fiction. His work has been published internationally, including in the Guardian, New Statesman, the Spectator, The White Review, and Contrapasso magazine. He is currently a PhD candidate at Birkbeck, University of London. Go The Way Your Blood Beats (Repeater, 2018) is his first book.

Go the Way Your Blood Beats: On Truth, Bisexuality and Desire is published by Repeater Books. Author bio and book cover image courtesy of the same.