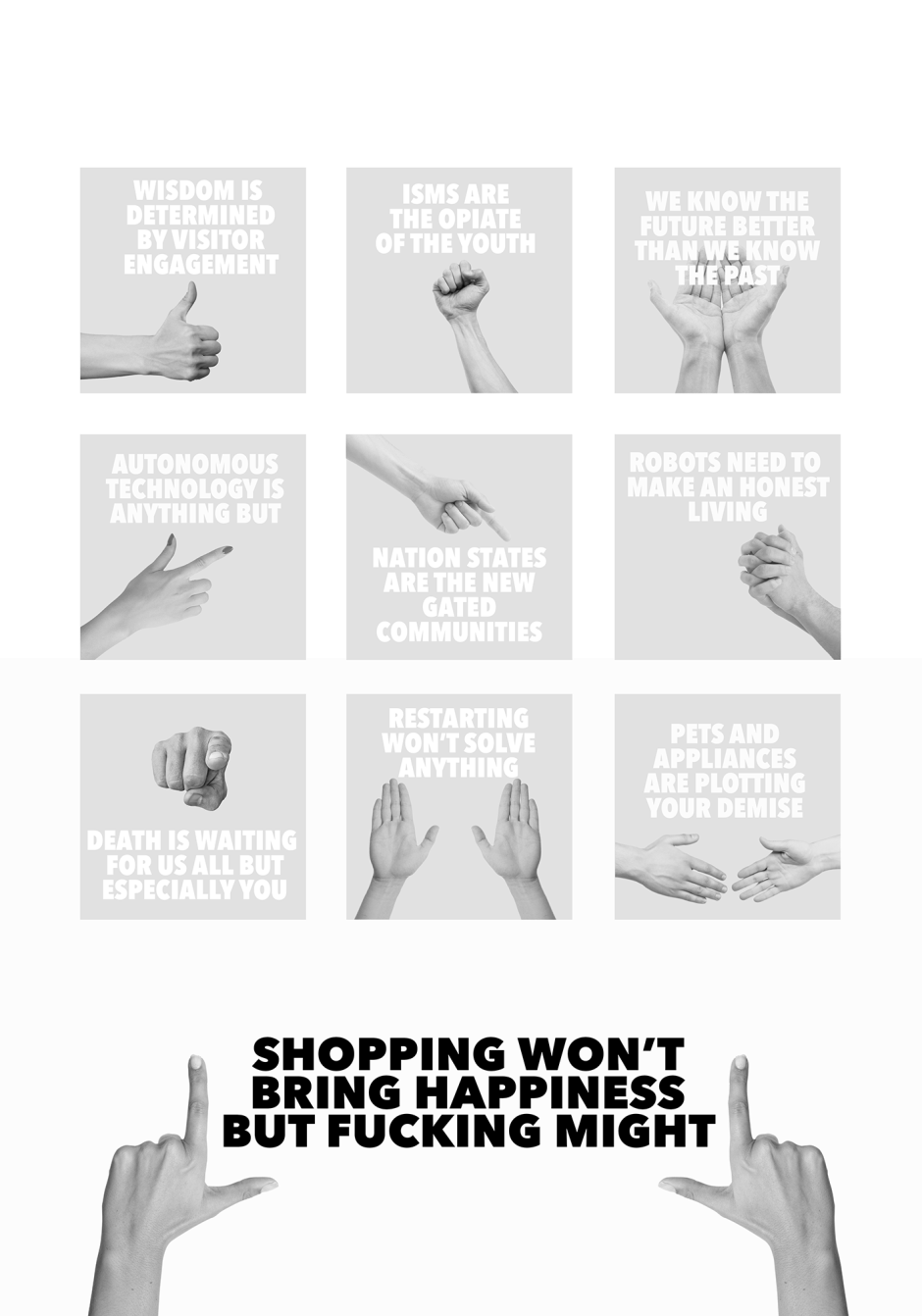 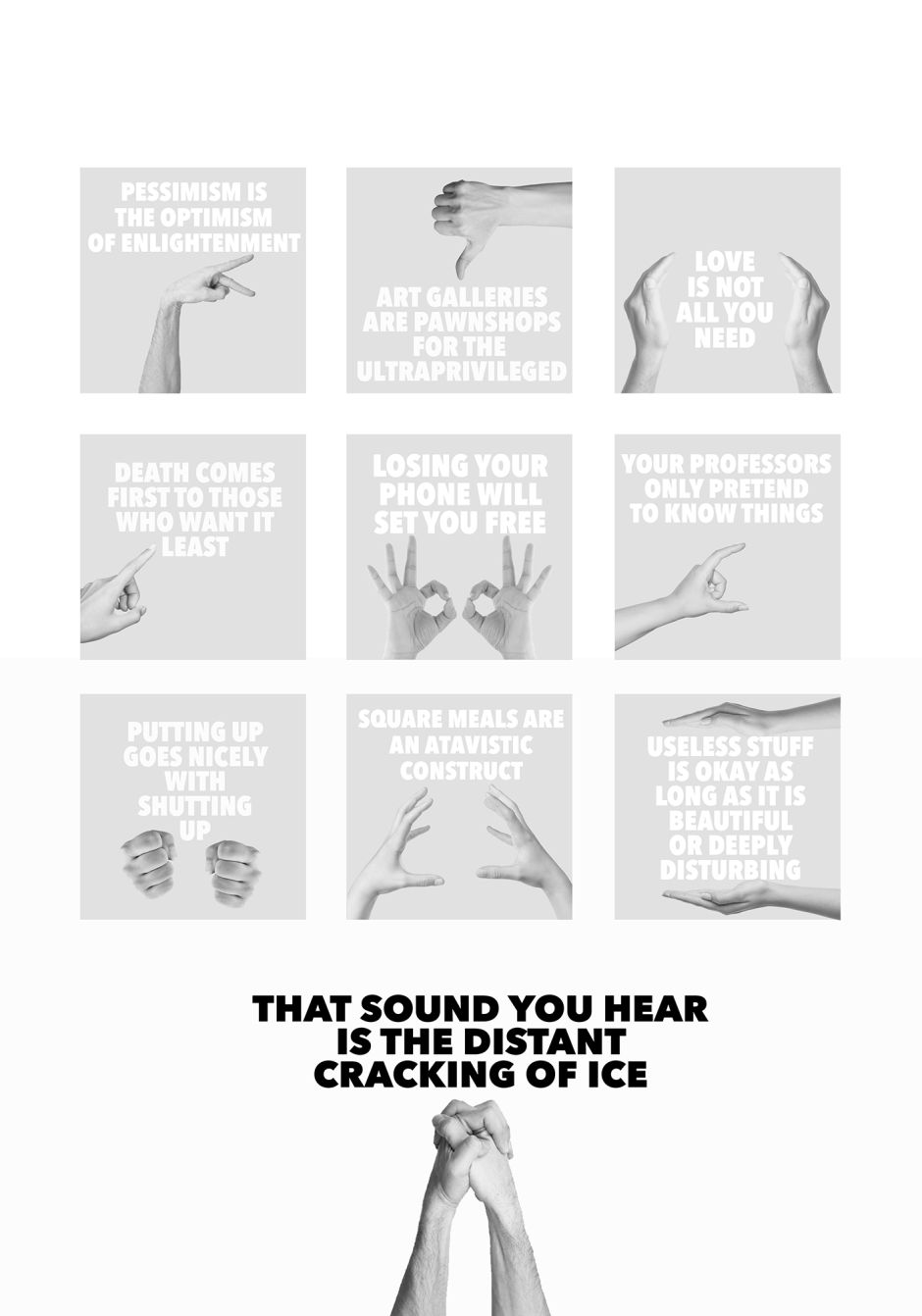 Julian Hanna (text) was born in Vancouver and lives on the island of Madeira. His writing on literature and technology often appears in academic journals; his creative essays can be found in The Atlantic, 3:AM, Berfrois, Numéro Cinq, and elsewhere. He has two books on manifestos coming out in 2019. This is his third collaboration with Yanina Spizzirri. Twitter: @julianisland and @crapfutures