‘…I paid a visit to Arup, one of the engineering companies closely involved with HS2. In the basement of the firm’s Fitzrovia headquarters, I sat on a stool before SoundLab, an audiovisual simulation of the entire HS2 route. The camera flies over the land, surveying it from above. The resulting image combines helicopter footage with Google maps, 3D animation and digital rendering. I am surrounded by the team who produced this – this smooth, magical glide above the complex tangle of people and places that lie below. There are no people present in the SoundLab simulation…’

‘…We all stood in a loose circle on a bridge above the A12 in East London. With beard and fraying overcoat, Bale walked to the centre, anger or mischief in his narrowed eyes. ‘They never had us in mind,’ he growled. ‘They never had us in mind.’ … The circle began to tighten. Three times he poured Special Brew on to the ground, in an invocation, he told us, to Papa Legba, the Voodoo intermediary between the mortal and immortal worlds. There was something solemn and intimidating about Bale’s performance, and also faintly ridiculous. Everyone was captivated…’

‘…what exactly is natural? At what point does human intervention become unnatural?…’ 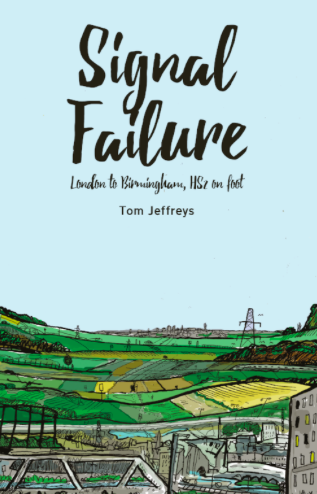 In Spring 2015, an advertising campaign ran in Britain for a weight-loss drink, which featured an arresting image of a bikini-clad model along with the tagline, ‘Are you beach body ready?’ Objectification concerns were immediately raised, along with others regarding the ‘monetising’ of women’s vulnerabilities. But the pushback didn’t just come from feminist quarters. For some, that a manufacturer of slimming products could attempt a re-imagining of beaches – a space hitherto enjoyed by the young, old, lithe and out-of-shape alike – was unconscionable. Where was the protection from this trend? Who was trying to stop it?

Another topic raising questions far deeper than the surface problem, is the slow death of libraries. The writer Matt Haig tweeted that ‘libraries aren’t just about books. They are almost the only public space we have left which don’t like our wallets more than us.’ But how does one register that on an accountant’s spreadsheet? And even more fundamentally, why is that bottom line so damn important?

The two issues bring to the fore the same, vexing concerns: about cultural trends and the direction of their drift; about the things we value, and whether they’re always quantifiable. And, ultimately, about the nature of progress – who defines it, who gets included in the debate, and what happens to those left out?

In Signal Failure, the writer Tom Jeffreys asks the very same questions, though through the prism of HS2 – the proposed high-speed rail line between London and the north of England. For its advocates, HS2 will provide crucial links between London and the North, ease the burden on the existing network and boost economic development outside of London. For its objectors, it will slice through the heart of rural England, bringing irreversible damage to towns, villages, ancient woodlands and sites of natural beauty. But as Jeffreys notes in the first of the above excerpts, ‘..there are no people present in the simulation.’ So what becomes of them, these people who ‘…have worked hard, earned money, bought houses in attractive areas and retired to enjoy their leisure? They have done all that this country’s political and economic system has asked of them. In return, these are the people that the system has served. Until now.’ (Jeffreys even suggests that UKIP’s popularity surge is less down to the headline-grabbing subject of immigration, and more to do with projects like HS2). To find out, or at least unpick the question, the author decides to walk the route and meet them: the ‘…lost security guards and angry villagers, train enthusiasts and suicidal retirees, politicians, publicans, artists and farmers.’ It’s not a gimmick, a cutesy sop to those tired of ‘…being left off the maps produced in London to be perused in London for decisions made in London.’

Jeffreys’ aim is to slow the pace right down and connect with people, places, animals – the very soil that will soon make way for a train hurtling along at 400km/h.

One of the real strengths of the work is that the author isn’t approaching this as some self-declared prophet of doom – Jeffreys is far more interested in questions, than he is in presenting answers. He is acutely aware of the folly in opining on every subject, and is also self-deprecating:

‘…All these budding little nature writers wandering through the woods, spotting birds and picking wild flowers. Then moving to London, railing against the glass and steel of free-market modernity, identifying the weeds at the side of the road. Reading graffiti tags and fox tracks and calling it psychogeography.’

The leisure of his pace frees his mind to roam, and he hops, skips and jumps from art and literature to nature and environmentalism. (There’s fascinating insight into current ecological thinking, and the key players in the field, culminating in a debate on the re-introduction of wild boar).  But no matter how tangential the threads seem, they always snap back to HS2. And despite avoiding firm conclusions, Jeffreys throws harsh light on the ‘logic’ infecting so much of current thinking:

‘…In 2013,…UK charity the Game and Wildlife Conservation Trust (GWCT) announced the launch of a pan-European research project to detail the economic benefits of nature. … At the time of the project’s launch, GWCT’s press release cited DEFRA figures to argue that ‘pollinators alone are worth £430 million per year to British agriculture’. A 2015 article in The Telegraph observed that this made bees more valuable to the UK economy than the royal family…’

Just like the walk itself, the book is not written for efficiency. The initial stages take Jeffreys through the places he grew up in and visited as a boy, and he doesn’t attempt a detached gaze. On the contrary, those parts are laced with anecdotes from his childhood and of his family and friends. This could easily have seemed misplaced, self-indulgent, even, but Jeffreys calibrates his narrative perfectly. He draws the reader in, away from the macro concerns at the heart of the book, to the micro – his wife, father, grandparents, friends, his love of cricket and the club he plays for. He drops in how he learnt of his family’s Jewish background – by reading an article in a national newspaper, written by his brother. What relevance has any of this to HS2..? Nothing – nothing at all, but the author somehow makes the whole work. The honesty of the endeavour comes through in every page, simply by sharing with the reader what he really didn’t have to:

‘…I sit and write, amazed by how much my mood has changed during the day: from low-level anxious exhilaration at Euston to genuine warmth and goodwill through the housing estates nearby. Hatred of humanity in the pompous environs of Primrose Hill, with its endless parade of cutesy shops where everyone looks like they were nearly on the telly…’

I have no idea where booksellers will place Signal Failure – it’s political, reportage, travelogue, delving deeply into nature and the environment, part memoir and laced throughout with extempore musings. I hope it doesn’t fall between the cracks. It’s very, very special.

Tom Jeffreys is a writer, editor and occasional curator with a particular interest in contemporary art that crosses over into the sciences or explores our relationship with the environment. His work has been published in, among others, Monocle, Apollo, Vice, The Independent, The Daily Telegraph, New Scientist, Cricinfo, and World of Interiors. Previous curatorial projects have included poet-led urban nature walks and exhibitions dedicated to the beauty of the mundane and the role of archives in our understanding of the natural world. Tom is also editor of The Learned Pig, an online magazine with four areas of interest: art, thinking, nature, writing.

Tamim Sadikali is the author of the novel Dear Infidel (Hansib, 2014). He is currently working on a short story collection. Twitter: @TamimSadikali

Signal Failure is published by Influx Press. Author bio courtesy of the same.